For the new set I want to create some really unique items. If you got an idea, share it here and you may see the item in the game.

You can put your weirdest idea, the more weird and interesting, the better.

For example, I am thinking of an item called "The Peacemaker". Whoever has it, will be immune to rob attacks. But it will disappear after a while...
One thing I know is that I do not know anything ~ Socrates
Top

I have to buy a lot of dynamite mechanisms and super dynamite so its annoying having to do it one at a time.

So how about "Del Boys Car"

A vehicle that lets you mass buy, maybe at a discount on normal prices?

Taking it on crimes would also earn you extra items, for example an extra 5 gold bars in BLCB
Top mind wipe- an item which can be used to wipe the mind of authorities and reduce wanted.

protein shake- helps you train at twice amount in same amount of turns.

blue headband- double the amount of xp gained from every crime for one update. make an exception for bst.

ADD NEW CRIMES DUDE!!! this is becoming more of a routine than a game. got boring real fast in this set...
and advertise more. i try to recruit people, however when they find this game has 500 players out of which 100 are active, they just laugh it off.

gaming industry has already been ripping of ideas from each other, without any consequences, so it might be good that you check a few other games from getting ideas about crimes. unique implementation system here will add an extra layer of awesome.
i'd suggest checking out mafia wars by zynga. and if you can add a few micheal bay type moments by glorifying the shit up, by adding needless explosions, all the better. saints row:the third is an amazing inspiration too..... that game is just well, no holds barred fun.

A bottle of Jack - the player who has it feels no pain and receives between 40% and 60% less damage in crime battles and between 40% and 50% in all battles against other players(depending on luck and/or certain attributes). On the next day, upon seeing their bruises, the player must pay double when restoring their health.

The first one who scores an exact score on a hard crime gets it. The crime and the score requirement both change with every new set.
Top

Yeah, sorry about this but with all the Jack I drink I get this on a daily basis. It's not all it's cracked up to be.

Side effects may include but are not limited to:
- Divorce
- Being fired from several jobs
- Not having any money
- Always wondering why everything smells and tastes like Jack Daniels
- Trying to figure out exactly where the Asian hooker passed out on the floor came from
- Wondering if previously mentioned Asian hooker is alive and how you'll explain it to the authorities if said Asian hooker is dead and you are questioned
- Several health problems (the list is far too great to begin to fathom)

playboy wrote: blue headband- double the amount of xp gained from every crime for one update. make an exception for bst.

Why stop at blue? Hell, why not have a rainbow one so you can be like Foititis for a day. For those of you who don't know who Foititis is he's an ex player that was constantly accused of being a homosexual. Most of the accusations came from me and no I wasn't serious. I just enjoyed pissing him off regularly. Also why make an exception for the BST? Who wouldn't want an easy 40k+ xp? I know I would!

Ok who's next? I think it's McCauley's turn. Let me see what I can do with his post.


mccauley wrote:I have to buy a lot of dynamite mechanisms and super dynamite so its annoying having to do it one at a time.

So how about "Del Boys Car"

A vehicle that lets you mass buy, maybe at a discount on normal prices?

Taking it on crimes would also earn you extra items, for example an extra 5 gold bars in BLCB

How about a tiny car filled with clowns that fits in your pocket. This way you can employ the clowns from the circus that we put out of business every set. They can hold all the stuff you want to buy and make you laugh at the same time. Talk about multitasking!

No none of this was serious, except for the part about making fun of Foititis. I'm running low on JD and I have some time to kill before the Asian hookers show up with more. 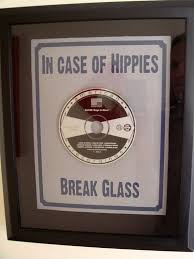 It's a myth; routine is not created by the lack of new crimes but from the ability to do 3 of the same every day.

If you are truly daring, I can limit this to 1 (and gang to 3) and see how deep the rabbit hole is...
One thing I know is that I do not know anything ~ Socrates
Top

This came up a few sets ago and now that we're experimenting with different set lengths it may be a good idea to change the xp distribution for most crimes (again BST would be an exception to this and other crimes may also fit this category) This way players can reach higher levels like past sets and purchase treasure items that require this higher levels. This idea can be expanded to effect other aspects of the game, but let's see what other players and Revenger have to say about it. I could be out on an island, if I am it wouldn't be the first time and it certainly won't be the last.

I would have thought that the repetition with certain crimes is more as a result of efficiency than anything else.

In this set I have completed 44 of the 64 crimes available. the remaining 20 I have either tried and havent worked out how to complete with my build or I cant justify using the turns for the reward.

So once you have completed the crimes, it becomes (for all of us) a game of efficiency as in, how can I get the most money and/or XP from the least amount of turns and it is that which creates the repetition in my opinion.

Limiting the amount of crimes you can do per day, will not change that approach to the game, but will force players to find other efficiencies within the rules.

That said, creating more crimes wouldnt necessarily change that situation but it would take longer and allow new players to learn how to do the crimes at the same time as the more experienced player.
Top

Side effects may include but are not limited to:
- Divorce
Always wondering why everything smells and tastes like Jack Daniels
- Trying to figure out exactly where the Asian hooker passed out on the floor came from

forgive me, sir, these sound more like perks than side effects.. other ones are well harmful


Why stop at blue? Hell, why not have a rainbow one so you can be like Foititis for a day. For those of you who don't know who Foititis is he's an ex player that was constantly accused of being a homosexual.

here are a few ideas.....
introduce nanobots.....
As seen in...
Michael Crichton's novel Prey, The PS2 game Nano Breaker
What are they?
Nanobots are a technology that science apparently engineered to make you terrified of the future. We're talking about microscopic, self-replicating robots that can invisbily build--or destroy--anything. Vast sums of money are being poured into nanotechnology. Sure, at some level scientists know nanobots will destroy mankind. They just can't resist seeing how it happens.
How it can result in zombies:
Scientists have already created a nano-cyborg, by fusing a tiny silicone chip to a virus. The first thing they found out is these cyborgs can still operate for up to a month after the death of the host. Notice how nano scientists went right for zombification, even at this early stage. They know where the horror is.
According to studies, within a decade they'll have nanobots that can crawl inside your brain and set up neural connections to replace damaged ones. That's right; the nanobots will be able to rewire your thoughts. What could possibly go wrong?
Chances this could cause a zombie apocalypse:
Do the math, people.
Some day there will be nanobots in your brain. Those nanobots will be programmed to keep functioning after you die. They can form their own neural pathways, meaning they can use your brain to keep operating your limbs after you've deceased and, presumably, right up until you rot to pieces in mid-stride.

The nanobots will be programmed to self-replicate, and the death of the host will mean the end of the nanobots. To preserve themselves, they'd need to transfer to a new host. Therefore, the last act of the nanobot zombie would be to bite a hole in a healthy victim, letting the nanobots steam in and set up camp in the new host. Once in, they can shut down the part of the brain that resists (the cortex) and leave the brain stem intact. They will have added a new member to the unholy army of the undead.

Now, it should be more than clear by this point that our goal is to be responsible researchers. We don't want to create a panic here. All we're saying is that on an actual day on the actual calendar in the future, runaway microscopic nanobots will end civilization by flooding the mastercity with the cannabalistic undead.

HOW TO ACTUALLY IMPLEMENT
we would face a horde of zombies instead of policemen during a roit. if you lose battle, they will eat a part of your brain. reducing your intel. and increasing your charisma( coz you know, zombie are sexy)

suddenly all i can think of is BRAINNNZZZ
Top

Anything else ?
One thing I know is that I do not know anything ~ Socrates
Top
Post Reply
22 posts

Users browsing this forum: No registered users and 1 guest